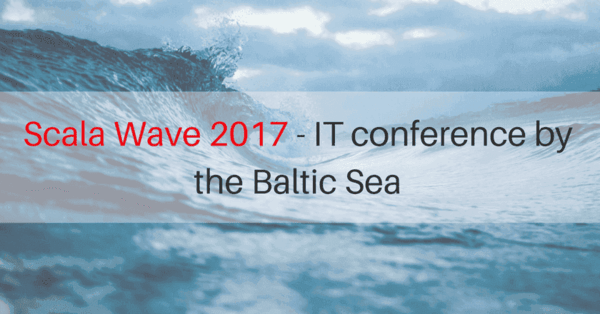 Meet functional programming approach in practice! The main theme of the conference is Scala - extraordinarily powerful programming language Join us! Scala language is continuously rising in popularity since company Lightbend introduced it to the world in 2003. Scala is becoming a useful tool serving business needs as well as tackling some modern social challenges like health, wellbeing,security and education. For this reason the demand for Scala experts is growing rapidly.

According to data available on Indeed the number of job offers for Scala developers doubled in 2016. A report published in August 2016 by O’Reilly Media placed Scala at the second position of the most popular programming languages to be learned by developers.

ScalaWave is dedicated to workshops and conferences so you can learn Scala, if you want to move your first steps on it, but also to improve your approach to this beautiful language and to functional programming in general.

You can choose your favourite workshop:

Eat in the best restaurants and drink cold cocktails!

Do not forget: Have fun and enjoy every step you take!

Are you curious? Take a look at the conference agenda.

Tickets are limited, so what are you waiting for? Join us now and see you soon in Gdańsk!

If you would like to know what you can expect at ScalaWave, check out last year speeches.

See you in Gdańsk!