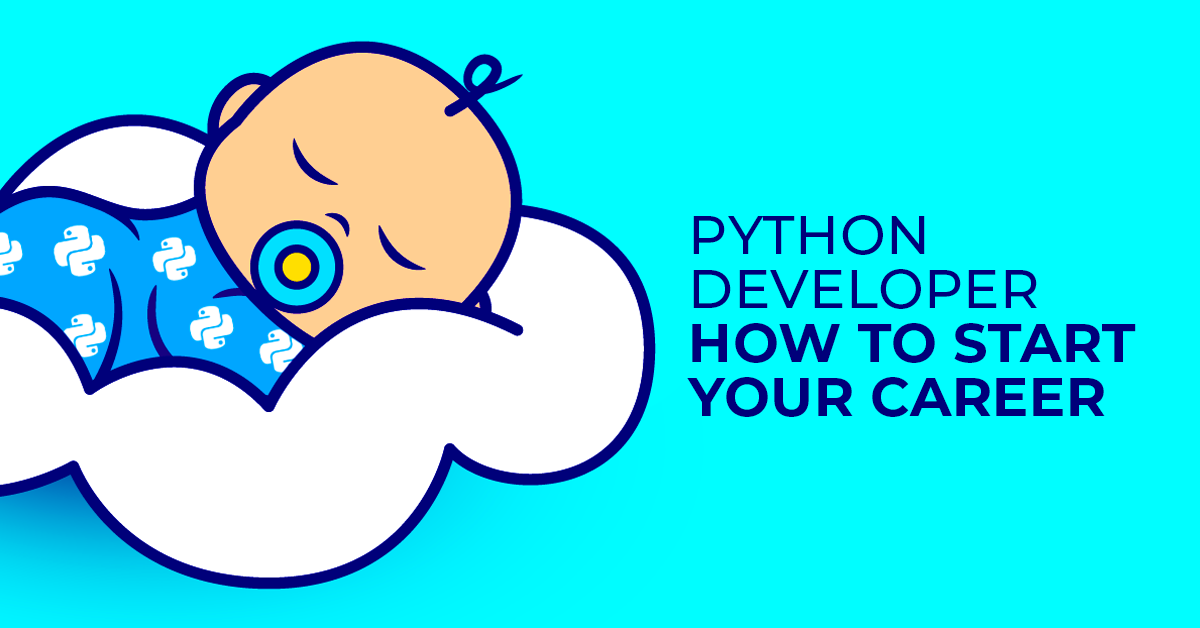 Python is one of the most popular programming languages, which is considered one of the most versatile due to its relatively simple syntax. It is the third most popular programming language according to StackOverflow Survey 2021. It was also voted the best technology to explore in the near future as part of this voting, as evidenced by the growing number of queries for Python on this platform.

In this article we have gathered information from our IT Community Report 2021, the jobs we publish on our portal and the expectations of employers with whom we are in regular contact. Find out what you need to know to get started as a Junior Python Developer.

Let the facts speak – all about Python

Python was created by Guido Van Rossum (who is currently working for Microsoft) more than 30 years ago. It is an object-oriented scripting language with syntax features borrowed from C, Java and Perl. The community, which contributes to the development of Python (thanks to an open source license), was only established in 1994 and is constantly attracting new users. It is believed that Python is not among the fastest languages in terms of compilation, while it compensates for this with clean code and the ability to implement changes quickly.

The language's name was inspired by the entertainment program "Monty Python's Flying Circus," while its symbol became two snakes – yellow and blue. Python is currently being used to develop such popular applications as Instagram, Dropbox, YouTube, Spotify, Netflix, Facebook, Pinterest as well as Google App Engine and Google Wave. Also, NASA uses it to manage the launch control of the space shuttles!?

Our IT Community Report shows that 31% of respondents already know Python, while another 29% plan to learn it in the near future. The language is constantly evolving, as evidenced by the recent 3.10 update, which we wrote about here >>.

Is Python for you?

If you had a chance to watch the series Mr. Robot, then you have already had exposure to Python. However, before you begin your study, see if it's definitely the language for you:

Why should you become a Python Developer?

As we have already established, Python is a quite versatile language and is great for making quick changes, so it will be useful in many industries. Depending on which additional languages and frameworks you choose, you'll be able to steer your career a little differently, such as dealing with web applications, data analysis or process optimization. Python Developer career paths can be found here >>.

Due to Python's growing popularity, it is estimated that it will be used in companies for at least 10-15 years. It is also very important to have a community from which you can learn and gain experience. The Python community is open and still growing. In larger Polish cities, they even organize regular meetings, such as through Meetup so it's a good opportunity to get to know your fellow professionals and talk through the problems you face as a programmer together.

In terms of earnings at the beginning of your career as a junior, you can expect a salary of plus or minus 4563 PLN net (take home) on an employment contract – the amount is the result of a comparison of job offers posted on the portal bulldogjob.pl, our community report and the general market situation. Of course, it all depends on the company, the target job city, the chosen specialization (backend, fullstack, etc.) and, of course, your negotiating skills at the interview.

Fortunately, working as a junior, you will gain experience very quickly. On average, after 2 years you should be promoted to developer (Mid/Regular) with a minimum salary of 7500 PLN net on an employment contract. Of course, depending on the specialty, the amounts can vary. For more details on Python Developer salaries, check out this article >>. 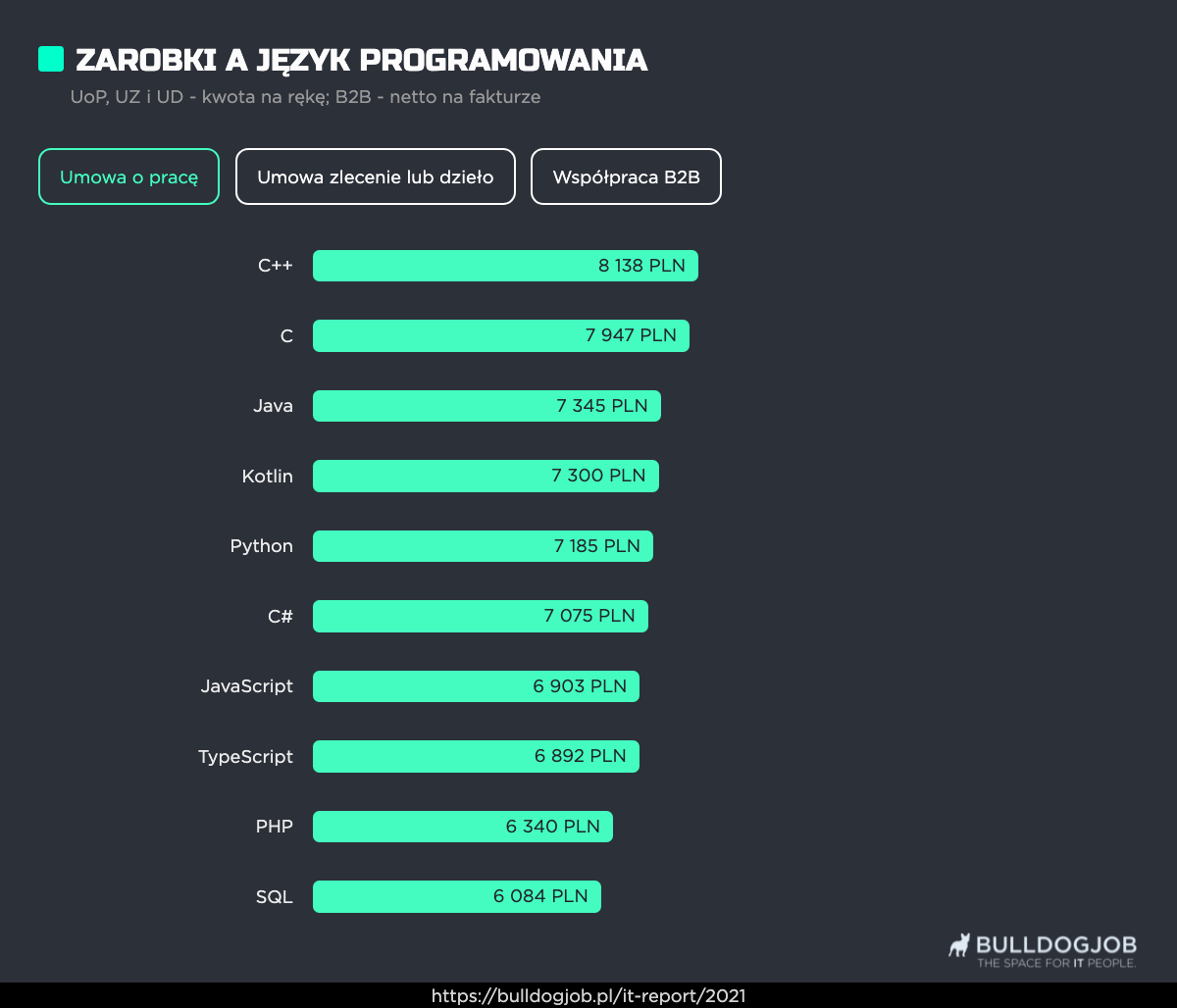 Scope of duties for Junior

As a Junior, you must demonstrate a willingness to learn and a commitment to solving problems yourself. For years we have been trying to create a place for the IT community to exchange experience, knowledge and information about the current market situation. We want to share all this know-how with you to make your search for your dream job easier, so we've divided this thread into technology and skills.

Among our IT community, the most popular frameworks/tools include Django and Flask. Only then somewhere far behind them appears Fastapi. 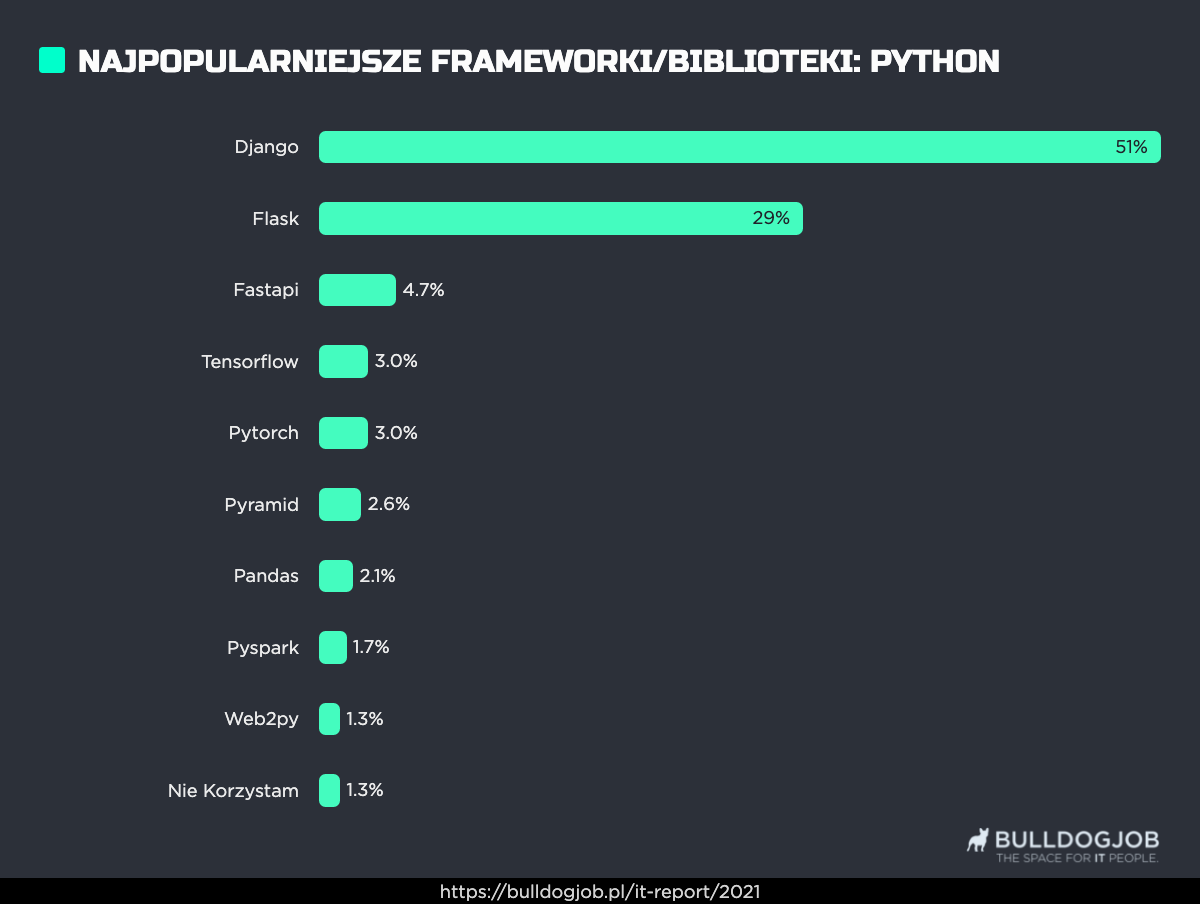 To broaden your minds – especially if you're already thinking about specific specializations like Fullstack Web Developer, Data Science or Machine Learning – we've compiled a list of nice-to-have skills:

Essential skills of a programmer (must have)

First job in IT

First interviews in a new industry can be stressful since you don't know what to expect. Some will be based on theory only and checking that you know the concepts and that you know what you are talking about. Others will even require you to write a piece of code to test your skills in practice. That's why I have 4 tips for you that should help you prepare for recruitment process:

As you may already know, programming is an endless science full of challenging, logical puzzles. It will not always be easy, you can even expect a lot of failures, but it is through these failures that you will gain experience and create better and better code.

Working in IT seems to be the profession of the future, as more and more industries are going digital. On top of that, growing robotics and the application of artificial intelligence herald a growing demand for IT specialists. The threshold entry is high, as you must have a package of certain skills at the start, while it comes with an adequate salary and hopefully – your satisfaction with the work you will do.

Everyone likes to get something extra - I am no exception, so I have selected, in my opinion, interesting articles that can help you especially at the beginning of your career as a Junior Python Developer. Enjoy reading: