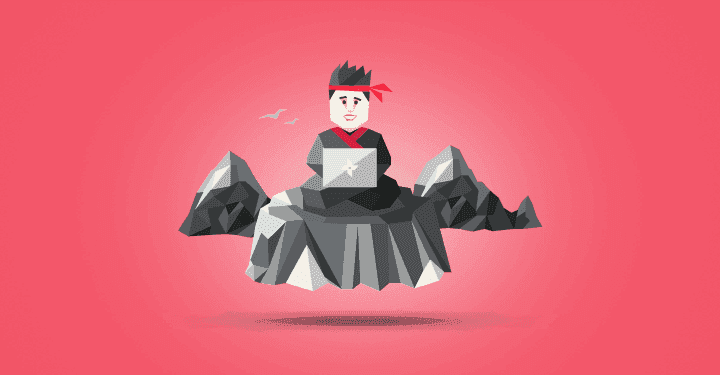 It's likely you've heard of the one and only possibility for working with others on a given project: in the office. Preferably in the same space. On the face of it, this assumption seems plausible. With a fellow worker sitting five meters away from you, the flow of ideas is immediate. At this very moment you need some additional info. So, what are you up to? You'll approach a colleague at the desk next to you - no prob.

In such cases, we tend to forget about other people and their own tasks. Every distraction costs a lot of time soon afterwards when they return to their own duties. The infoglut is coming our way from various sources, making it hard to concentrate for extended period of time. If we add the queries from coworkers to this, our productivity takes a dive.

Text messaging apps come in handy here (e.g. Google Hangouts, WhatsApp, WeChat.) They enable to respond to bothering questions in a time suitable for both parties. This solution has two main advantages: time and accuracy of the messages, whereas face-to-face and phone communication make room for a time-consuming small talk. A switch to a written form alone compels us to encapsulate our thoughts because writing requires more effort. We also skip a chatty introduction as well since it takes our time and take us away from the gist of message we want to convey.

If it looks like a longer exchange of words, push a camera or telephone receiver button in the app you use on a daily basis for an open-ended exchange of ideas and the benefit of seeing facial expression of your interlocutor. Additionally - in our reality where paper has lesser and lesser significance - the options of screen sharing or drawing on a board while using a camera are just for you. In both cases, mentioned Google Hangouts or Skype will be helpful.

The pace at which such a meeting might be held is a tremendous benefit. You can give your attention to the next task from a list even in a minute after - forget about a pilgrimage to your desk at the other end of your company.

Besides one-on-ones, gathering the biggest possible group of people in one space is a common way of cooperation. So-called project meetings. Theoretically, their concept is justifiable. Practically, more than a half of participants externalizes unexplored inner workings of their mind in a form of notebook drawings for the most of this time.

Brainstorming is one of the techniques employed during such meetings. This mode of cooperation already has more than seventy years and is still popular. Interestingly enough, it's much less effective than generating ideas by singular team members, as it has been proved over and over. And we can scrutinize
some research here.1

In the 3M company, the participants were divided into two groups. The first one was thereafter split into a four-person group. The second one consisted of respondents working independently and the results of their work have been randomly merged as if they were working in groups. The duplicated ideas were counted as one.

The same company but different research conditions. This time, an importance of team size has been examined. 168 people formed the teams of five, seven, and nine people, as well as individuals working on their own. Each time an individual work gave much better results. Moreover, productivity decreased along with a team's increase in numbers.

The groups handed over less ideas which were frequently of worse quality. There existed a problem of nominating a given idea as a ruling concept by authoritative individuals in a group, and it simultaneously caused others to abstain.

Another survey investigated whether subjecting the ideas to criticism provides better results than brainstorming. As it turned out, the groups that refrained from any ideas validation generated simply more poor ideas, and the same number of good ones as the groups that continuously kept evaluating the ideas that arised.

Hatching ideas is one thing. The most important is the fact what you're about to do with emerging ideas. We all have a multitude of them but just a few is later fulfilled, though. More often than not - jotted down in a notebook - they land deep in a drawer. There are the ideas that saw the light of day but have to be assessed in reality. Think of the projects such as Uber or Facebook. They weren't the fresh ideas - and they triumphed because of the way they were realized.

Now imagine what happens with the ideas that arise during the meetings described before. The problem has been referred to by Kevin Ashton in his book How to Fly a Horse:

Having the ideas is not the same as being creative. A creation equals implementation, not inspiration. Many people has ideas. Not many of them takes action to do what they imagine.

Scheduling the meetings just with generating new ideas in mind is just ineffective. Instilling the sense of belonging to the group is their only benefit. This is particularily important in creative agencies - their clients often prefers to be the part of innovative process. A middle ground? A successful cooperation with the client in lieu of worse creative effects? No! A Northwestern University professor Leigh Thompson  shed a light on how to generate new ideas effectively, i.a. with brainwriting.

A real plan for the ideas and its implementation is decisive here. I bet the a box of Ideas for the Future in your is company is already ample. You obviously don't need to completely eleminate the element of project meetings in one spot. Their now-and-then character makes them more exclusive. And in such cases, we make better use of this time.

1 How to Fly a Horse: The Secret History of Creation, Invention, and Discovery, Kevin Ashton

The article is a part of ebook debunking remote work myths, available in Polish on a website: ZdalnyNinja.pl. It’s involved in a project which aim is to encourage employers to cooperate in a better way – a remote way. You’ll find here a handful of concrete, proven arguments and examples experienced firsthand, telling you how to organize a scattered team in a best way.