Java is one of the most popular and widely used programming languages ever developed. It was developed in now defunct Sun Microsystems in 1995, and a group led by James Gosling was responsible. Since then, Java has managed to gain immense popularity, among other reasons, because it can be used in a wide range of applications, and its code is independent of architecture, operating system and processor, because it compiles to code executed by the JVM. So one word comes to mind: versatility.

You can read more about the history of Java, and not only, here.

Java is mainly used on backend web solutions, but there's more to it than that. This technology can also be used to develop native Android apps or desktop applications. Besides, you can write testing tools or solutions using AI in Java.

In Poland, Java is the main technology for backend work of the programmers surveyed (39%). It is also popular among fullstack developers (20%), second only to C#, as we were able to confirm in a new IT Community Report. Let's take a look how it looks in comparison to other languages: 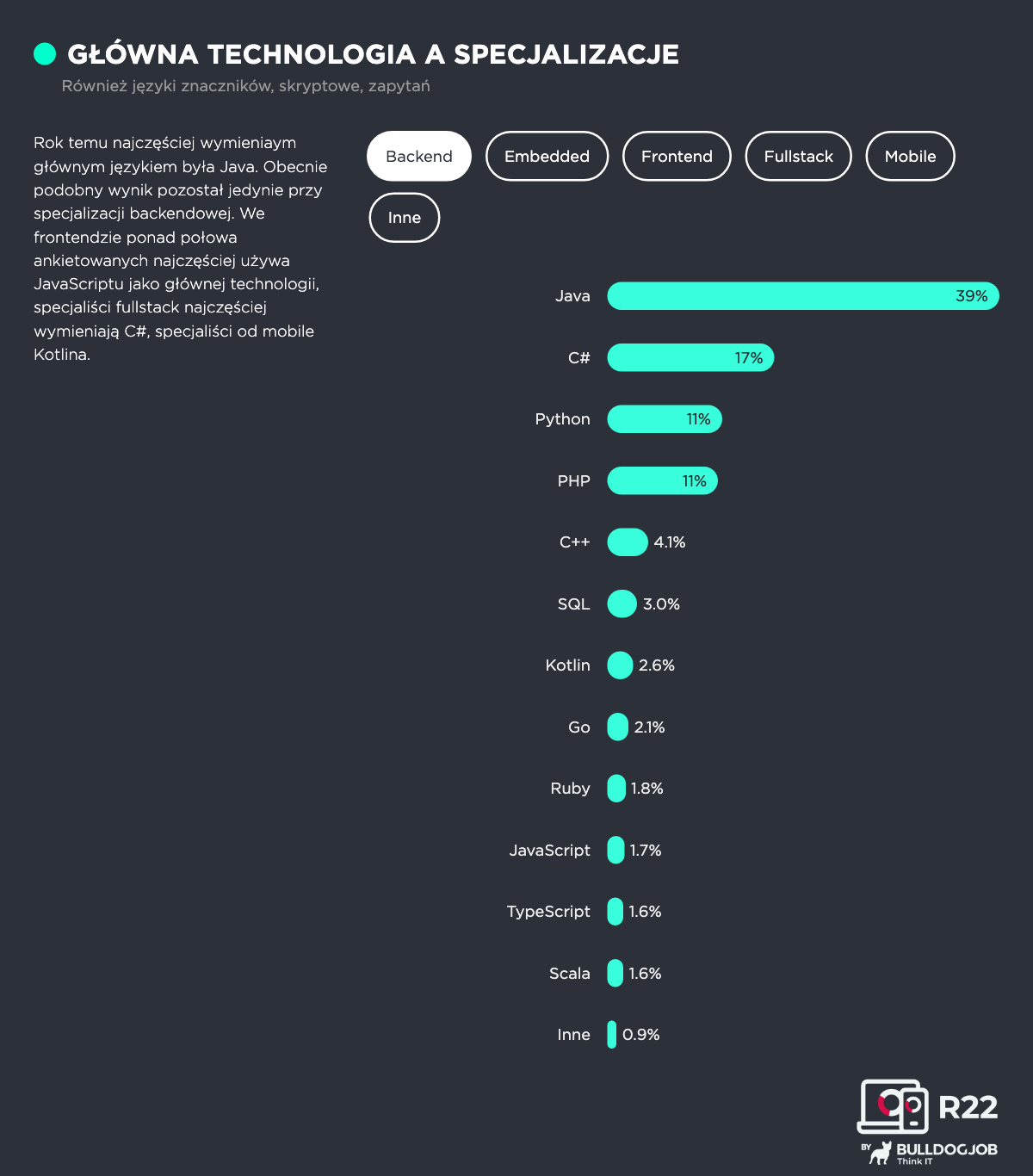 Working with Java also involves the use of various frameworks and libraries. The IT Community 2021 Report showed that the most popular java framework is Spring, with as many as 74% of respondents using it. In the second place we have Hibernate (which is used to handle data in Java) with a score of 26%, and in third place was Struts

Java Developers are especially appreciated in banks and insurance companies - the backend of many bank applications stands on this language. Java is also a favorite language of large companies, based on history. Nevertheless, it is now much more agile and easy to use, precisely because of frameworks such as Spring, making it also used by smaller companies.

How much does a Java Developer earn in Poland?

In this part of the article, we will look at how much a specialist using Java would earn if hired in Poland. We will consider factors such as position, contract, experience and company size.

Let's start with earnings depending on the contract under which the programmer works. But before we go any further, we would like to clarify one thing - in the case of an employment contract, a contract of mandate and a contract for specific work, we are talking about take home amount, and in the case of B2B cooperation it is the net amount on the invoice.

But getting back to the topic, the earnings of a Java Developer differ significantly depending on the abovementioned contracts. Based on an employment contract, such a specialist earns an average of PLN 8275. If we employ him on the basis of a contract of mandate or contract for specific work, we have an average of PLN 5875. This is definitely less than in the case of the employment contract, but in the case of the contract of mandate it is basically clear why – it is because juniors are most often employed in such forms.

The last type of contract we will highlight here is B2B cooperation - Java Developers then agree with their employers for an average of PLN 18629. The chart below shows the median of earnings for each language: 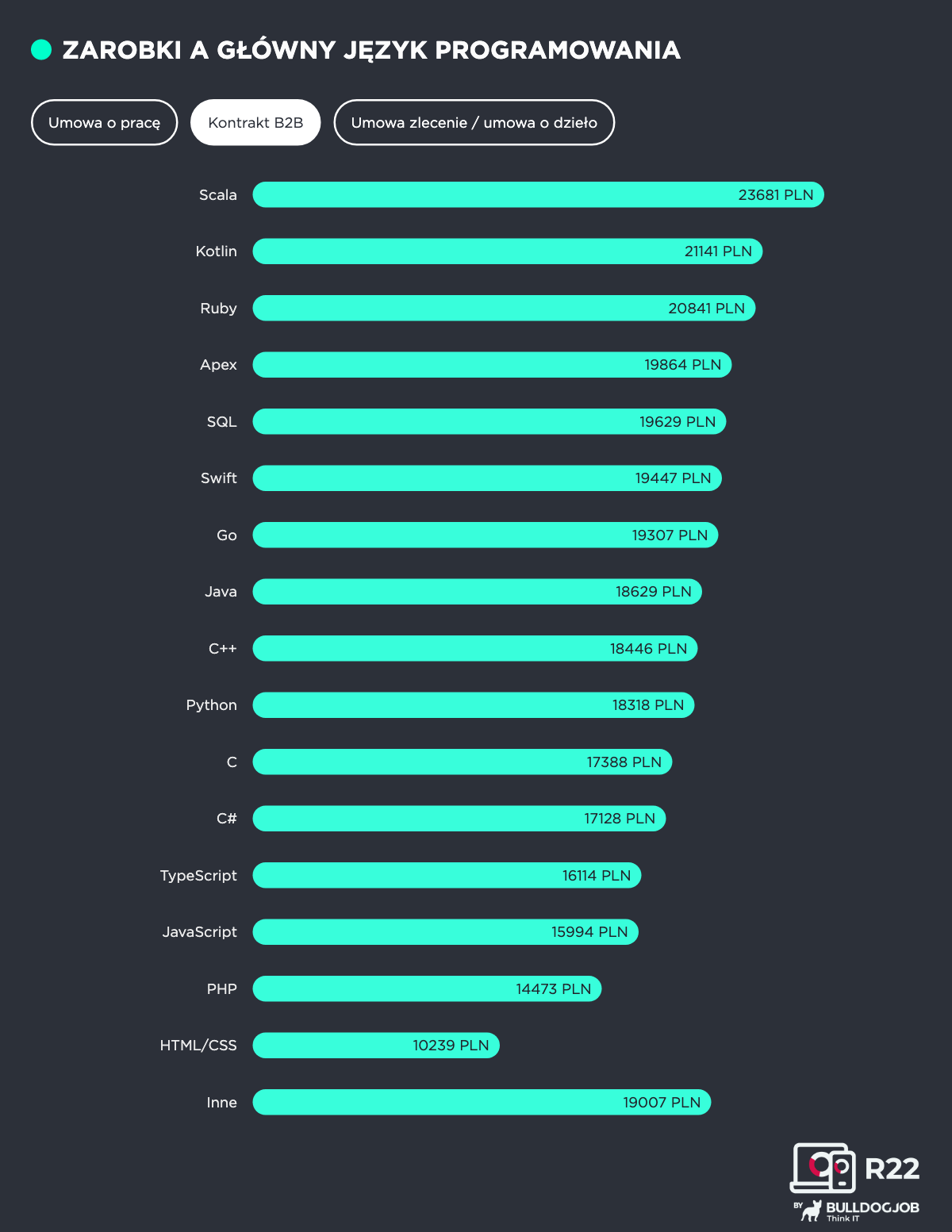 Now let's look at the salary depending on the company where the Backend Developer works. Earnings here are rather similar, but freelancers are leading the way - their earnings with an employment contract are on average of PLN 10400. 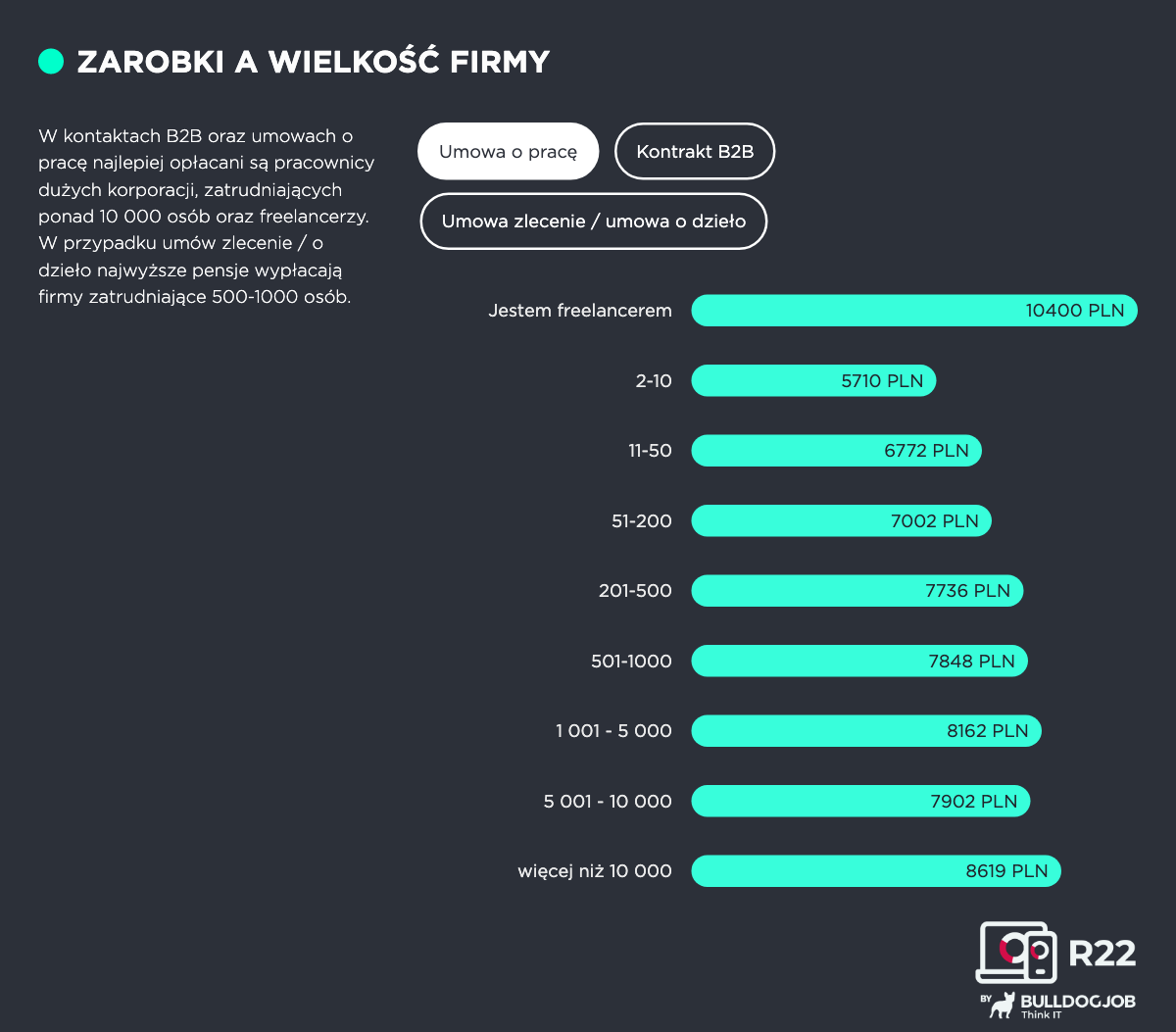 You also earn a lot in large companies with about 10000 employees - the average is PLN 8619 with an employment contract and PLN 20613 with B2B cooperation. 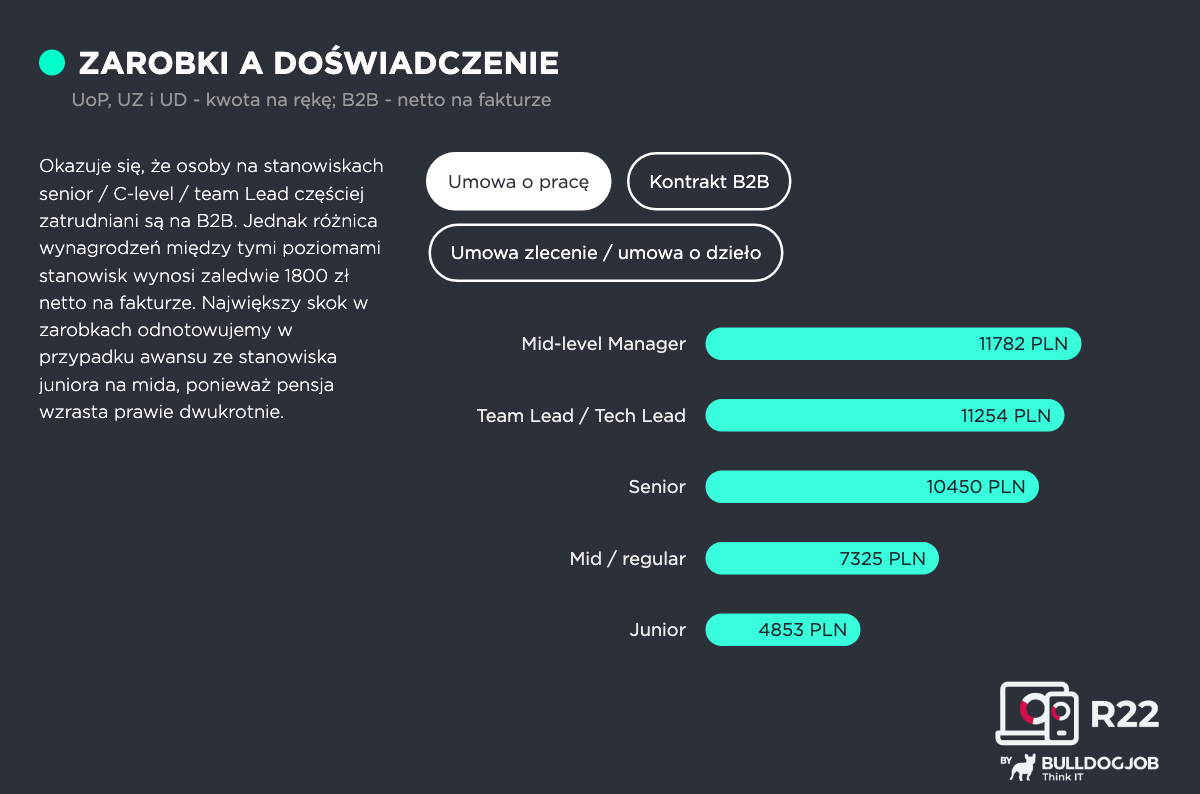 Where to look for a job?

You already know the earnings - now it's time to look for a job! Where? Of course at Bulldogjob.co.uk :) Here is a link to job offers where Java is the main technology.

Set up an account on Bulldog, even if you are not currently looking for a job. It will definitely come in handy for you once you start looking around.

That would be it. We hope you find the above information useful in your job search and in preparing for an interview. If there is anything else you would like to know or something to share comes to mind, let us know in the comments below!!